Internationally-acclaimed Ezekiel’s Wheels Klezmer Band brings passion, virtuosity, and contagious energy to every performance. The Wheels improvise with the intimacy of chamber music and the intensity of a rowdy dance band. Their engaging contemporary interpretation of Jewish music is irresistible to audiences ranging from elementary school students to the judges at the International Jewish Music Festival, who heralded them as “a true musical democracy.”

The Wheels’ unique style was forged in the subway stations and farmers’ markets of Boston, where the informal setting and ever-changing audience created an ideal environment for musical experimentation. They honed their craft with bulgars and 90’s pop covers for the morning rush hour and mixed doinas and zhoks with fresh produce on the weekends, building a community of fans and friends across the city. As their tightly coordinated but playful style matured, they moved on to larger and more discerning audiences, and in 2012 they won both the jury-awarded City Winery Prize for best klezmer ensemble and the Audience Pick Award at the third biennial International Jewish Music Festival in Amsterdam. This success opened a new chapter in the band’s ongoing saga that included high-profile performances at the Kennedy Center, the Shalin Liu Performance Center, and Yidstock. Over time, their repertoire grew to incorporate original as well as traditional instrumental tunes, and in 2017 it further expanded to include songs in Yiddish and English.

As their popularity with concert audiences grows, they maintain their connection to their klezmer roots by playing numerous weddings and other simchas, and by teaching the history, musical structure, and instrumental techniques of klezmer to students of all ages. 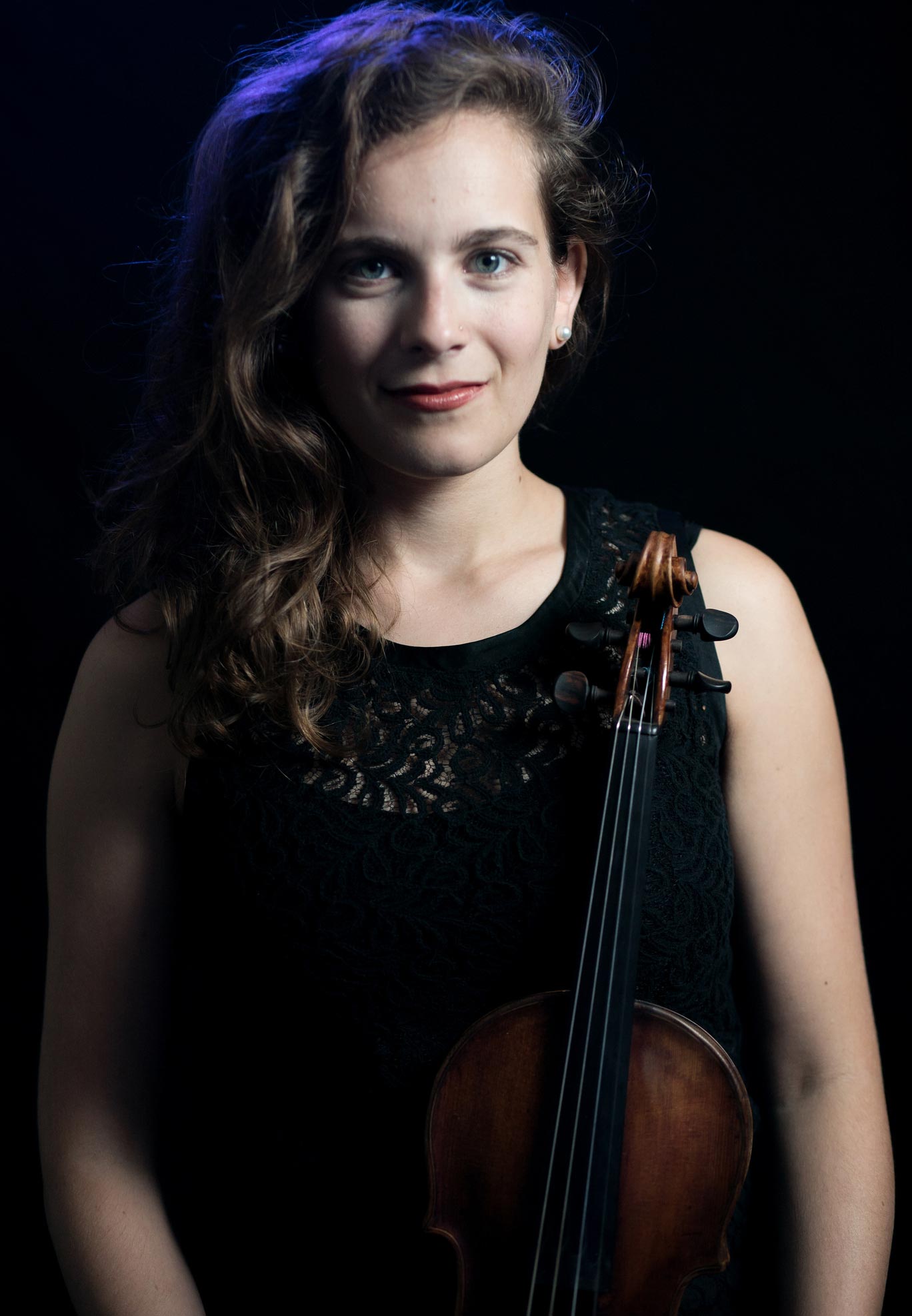 Abigale is a violinist, composer, improviser, and educator. She received her Bachelors degree at The Manhattan School of Music for Classical Violin Performance, where she became involved in the contemporary music scene and klezmer music. She went on to receive her Master’s degree at The New England Conservatory for Contemporary Improvisation. There, she developed her compositional skills while working in a rich collaborative environment. Abigale has toured around the world performing Klezmer music, classical music, rock music, and contemporary music. She has had the privilege to share the stage with great musicians such as David Krakauer, Anthony Coleman, Jeffery Zeigler, Amanda Palmer, Sarah Jarosz, Hankus Netsky, and Jherek Bischoff. Abigale currently lives in Boston, where she performs with and composes for several bands including Ezekiel’s Wheels, Romanian quartet Mierlita, a metal band, an Italian Pop band, and various Free Improvisation ensembles. 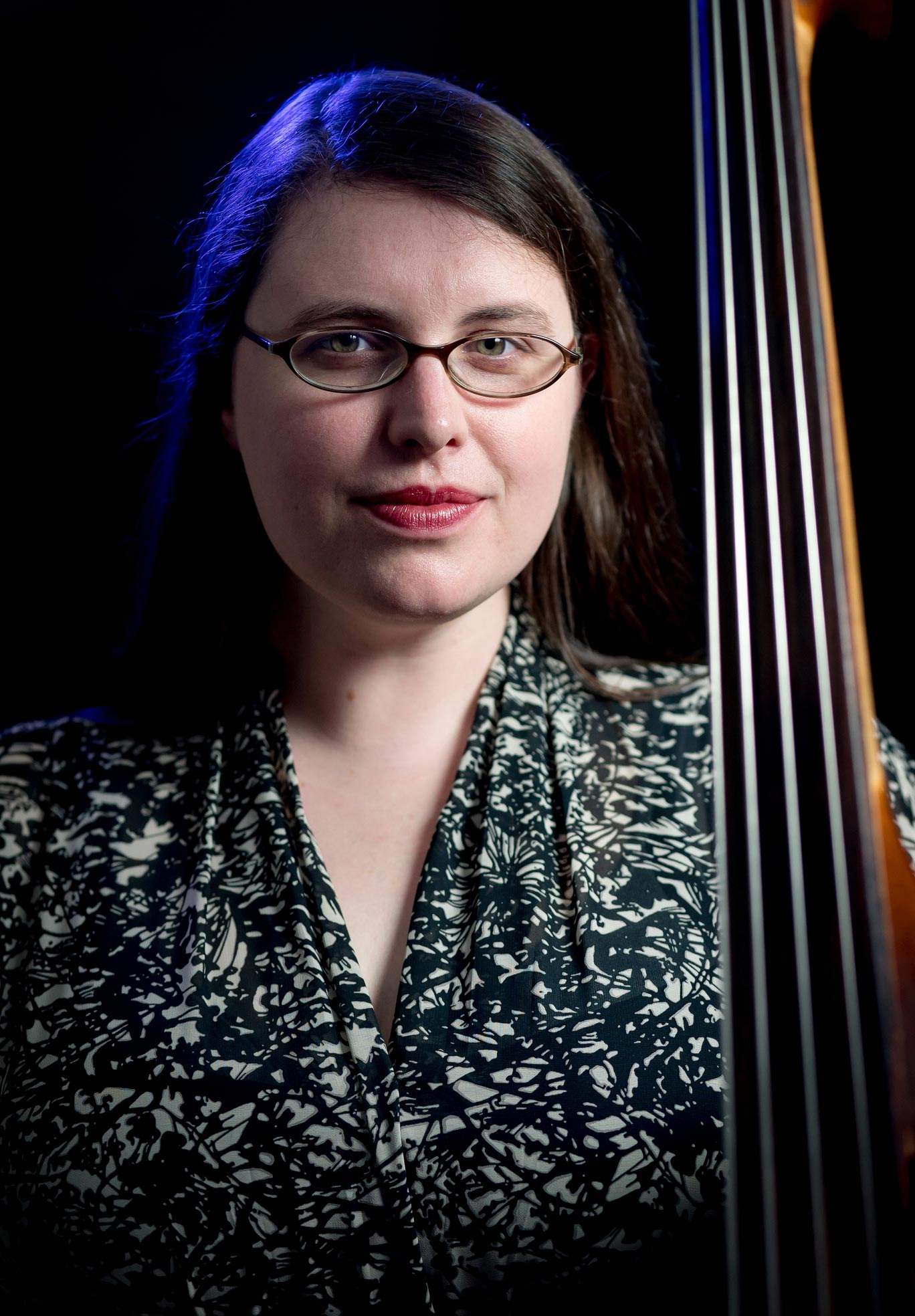 Kirsten Lamb is a double bassist and vocalist originally from northern New Jersey. Praised by the Boston Globe for her “versatility and assurance” and the Huffington Post as a “brilliant young musician,” she has performed extensively throughout the United States and internationally. Kirsten graduated from the Oberlin Conservatory in 2009 with a Bachelor of Music in double bass and Ethnomusicology. She also holds a Master of Music Degree in Contemporary Improvisation from the New England Conservatory, where she was awarded the Gunther Schuller Medal upon her 2015 graduation for “extraordinary contributions to the life of New England Conservatory.” An avid teacher, Kirsten maintains a private studio and is on Double Bass Faculty for the Wellesley Public Schools, Bridge Boston Charter School, Dana Hall School of Music, and New England Conservatory’s Jazz Lab. She holds a weekly teaching residency through Young Audiences of Massachusetts serving Horizons for Homeless Children, and another through the Brookline Early Education Program serving Brookline Public Schools. Additionally, Kirsten is a frequent guest teaching artist and workshop leader at universities and grade schools all over Greater Boston. 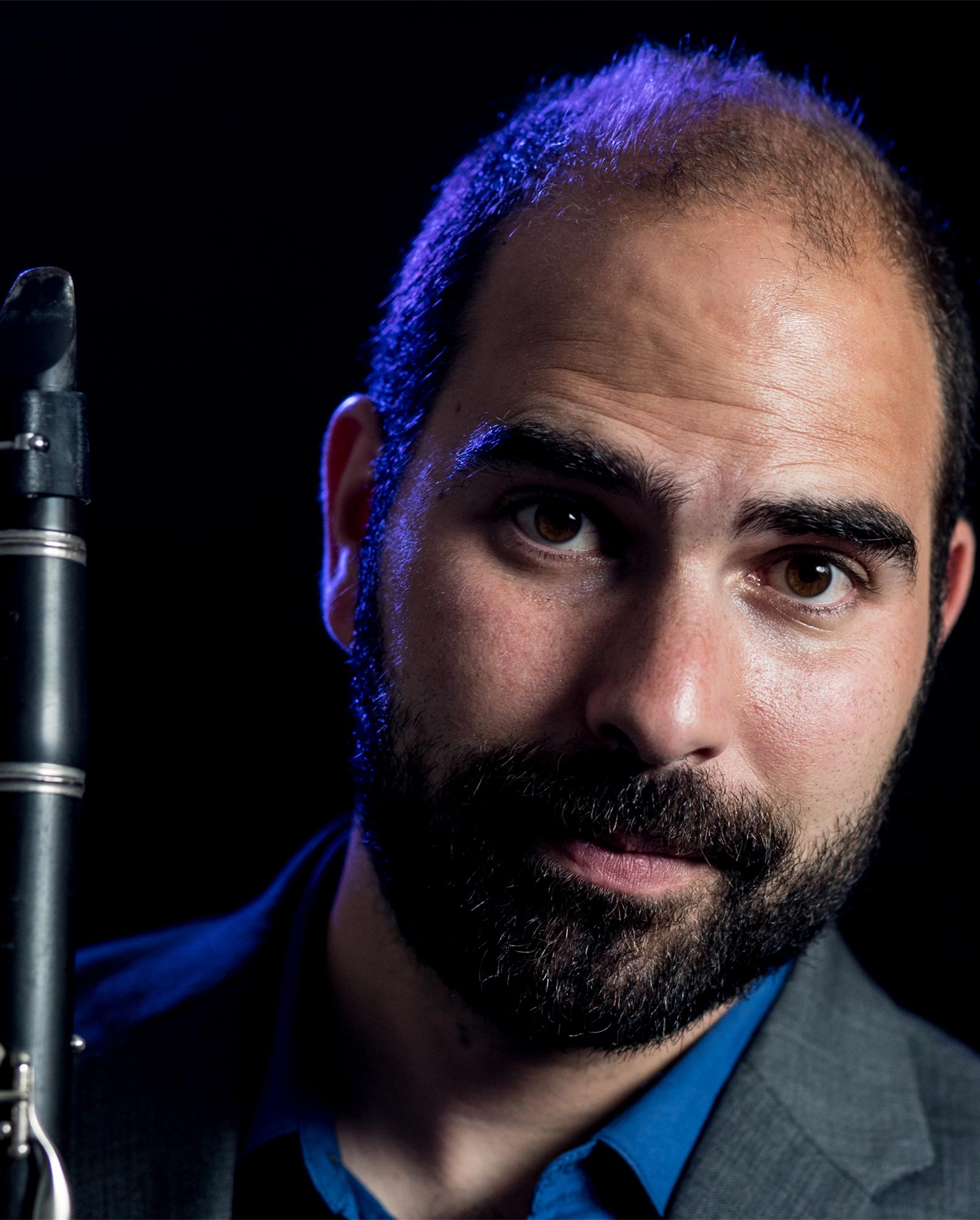 Clarinetist Nat Seelen studied music theory, history, and composition at Brown University, where he received the Brand Musical Premium, the Buxtehude Premium for Musical Excellence, and departmental honors for his ethnomusicology thesis on klezmer music. An active composer and writer as well as a performer, Nat won first prize in the 2015 Klezmer Company Orchestra Composition Competition and a 2016 Iguana Music Fund grant to write a pedagogical text on klezmer music. Nat reviews concerts for AllAboutJazz and has performed on clarinet, saxophones, and percussion with Hankus Netsky, OktoEcho, The Macrotones, The Longwood Symphony, The Mercury Symphony, and many others. In past lives, he has been a zookeeper, a comic book librarian, a management consultant, and an AP music theory teacher. He lives in Cambridge, MA with his wife. 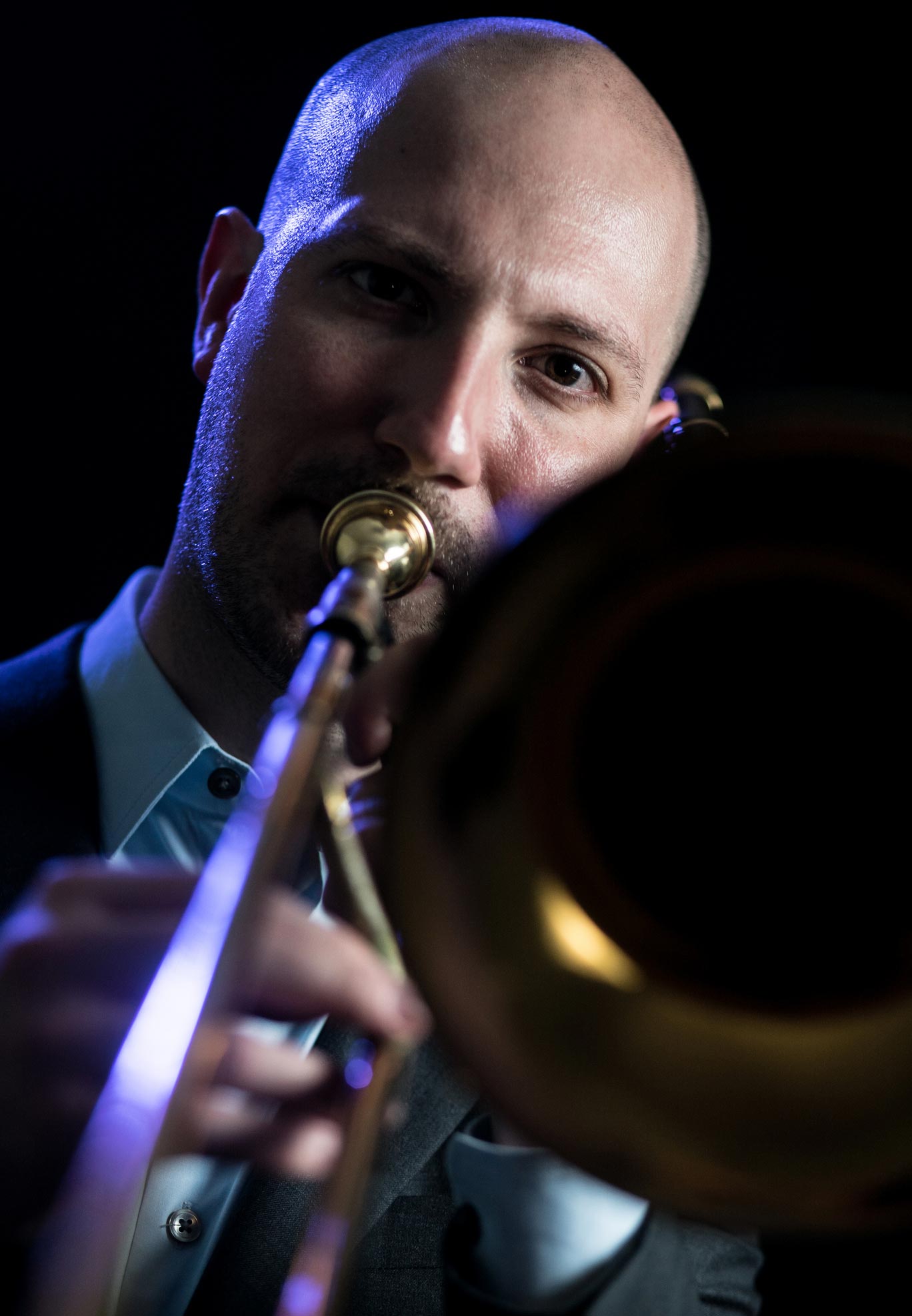 Pete Fanelli began playing trombone at the age of eight. Shortly afterwards, he received his Bachelor’s Degree in jazz performance from the Eastman School of Music in Rochester, NY. He has studied trombone and jazz improvisation under CNY Jazz Orchestra member Joe Colombo, Professor Mark Kellogg and Dr. Howard Potter at the Eastman school, Steve Frank, and Curtis Fuller, and has played with the Gap Mangione Big Band, the Dave Rivello Ensemble, and the Eastman Jazz Ensemble. He currently belongs to the Eastman Broadband Ensemble, which has given him the opportunity to collaborate with renowned composers and conductors Juan Trigos, Carlos Sanchez-Guitierrez and Ricardo Zohn-Muldoon in contemporary music festivals in Italy, Mexico and the U.S.  Pete has had the privilege to share the stage with great musicians such as Slide Hampton, Avishai Cohen, Peter Erskine, Dick Oatts, John Fedchock, Marian McPartland, Rufus Reid, David Berger, Pat LaBarbara, Gerry Niewood and Rich Perry. He has taught trombone and improvisation through the Eastman Community Music School and currently maintains a teaching studio at the Holliston School for the Performing Arts in Holliston, MA. 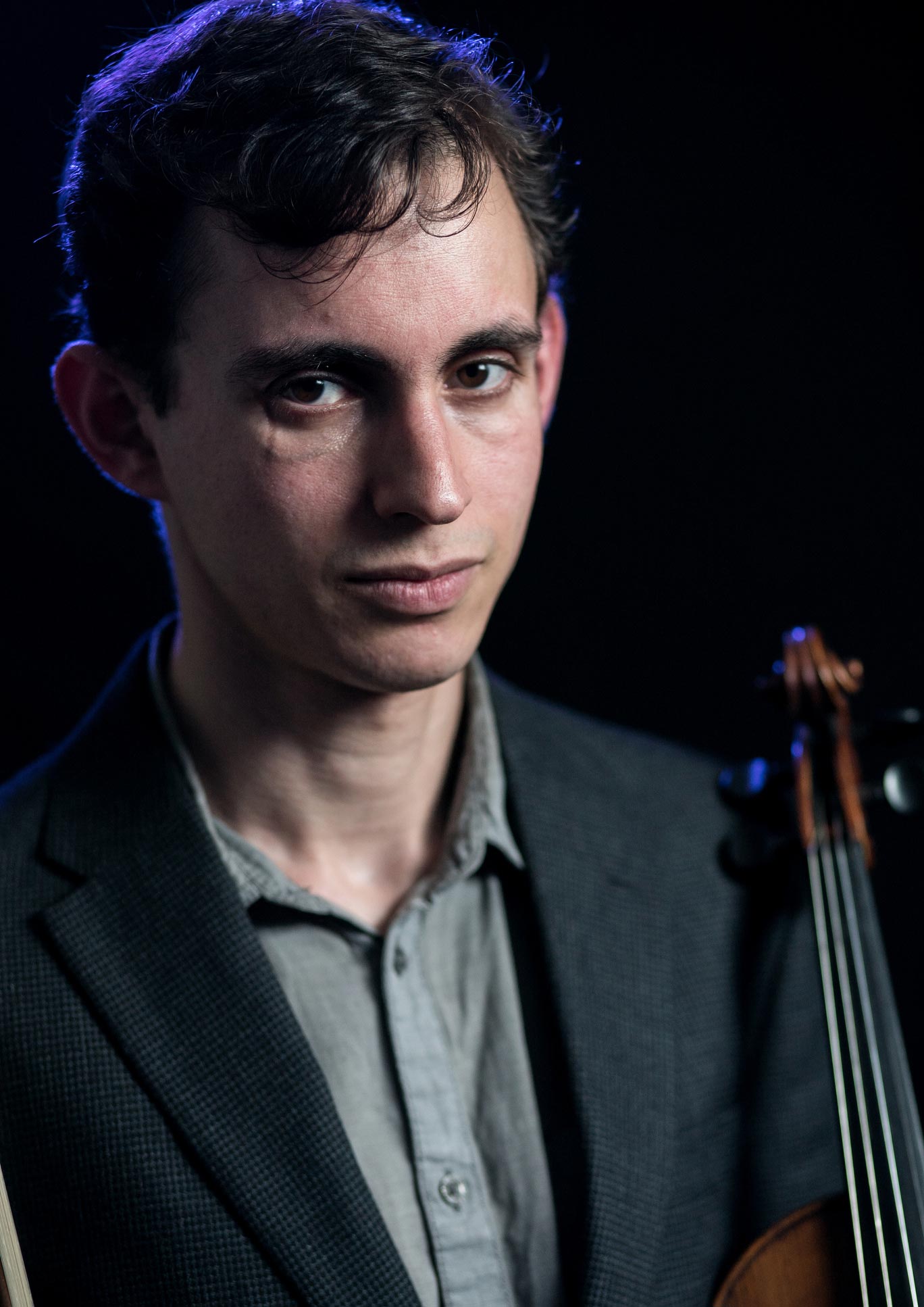 While Jon has left the band to pursue his former side-gig of being a neuroscientist and mathematician, we hold him dear in our hearts and on this web page.

Jonathan Cannon has studied a wide range of world music, with particular focus on klezmer, lautaresc (Romanian), and modern contra dance fiddling styles. He performs regularly on violin, guitar, and tenor guitar for concerts and social dances across New England. In his other life, Jon holds a PhD in mathematics from Boston University, and is first author on six peer-reviewed journal articles in computational neuroscience. He currently teaches math and science to 6th-12th graders at Meridian Academy in Jamaica Plain. He is a committed music educator as well as a performer: working around his academic career, he teaches violin lessons to students of assorted ages and levels, organizes regular klezmer jams at Boston Workmen’s Circle, and runs fiddling and ear-training workshops at camps, festivals, and schools.  Following his passion for community-building through music, he organized the inaugural Brown University Folk Festival, and he currently co-chairs the programming committee for the annual New England Folk Festival. He is a casual player of the mandolin, banjo, jaw harp, and bodhran (Irish drum), and he is becoming increasingly serious in his musical training on nose flute, washboard necktie, and singing saw.

Let’s be real. You probably need some more klezmer in your life right about now.

Contact us today for a free consultation and we’ll see about fixing your klezmer-related problems.